There was more glory in Sweden for Denmark’s Cathrine Dufour…

Cathrine Dufour pulled out all the stops to achieve a personal best and a win at the penultimate FEI Dressage World Cup™ qualifier in Gothenburg.

Benjamin Werndl was hot on her heels in second and Frederic Wandres took bronze.

With the World Cup Finals taking place in Las Vegas in April, competitors were all vying for qualification to one of the most prestigious events on the equestrian calendar.

It was a magical show in Gothenburg…

Only 13 riders had qualified for Saturday’s Grand Prix Freestyle. Saskia Maertens and the 13yo gelding Legend of Loxley, competing in their first FEI Dressage World Cup™ qualifier for the year, kicked the night off.

Unfortunately, there was some obvious tension and resistance during the test, especially in the collected movements, resulting in a disappointing score.

Tanya Seymour from South Africa on her stallion Ramoneur was next to take to the arena. They presented a happy and calm test but with some loss of rhythm in the half passes and piaffe – they left the arena on 65.8%. 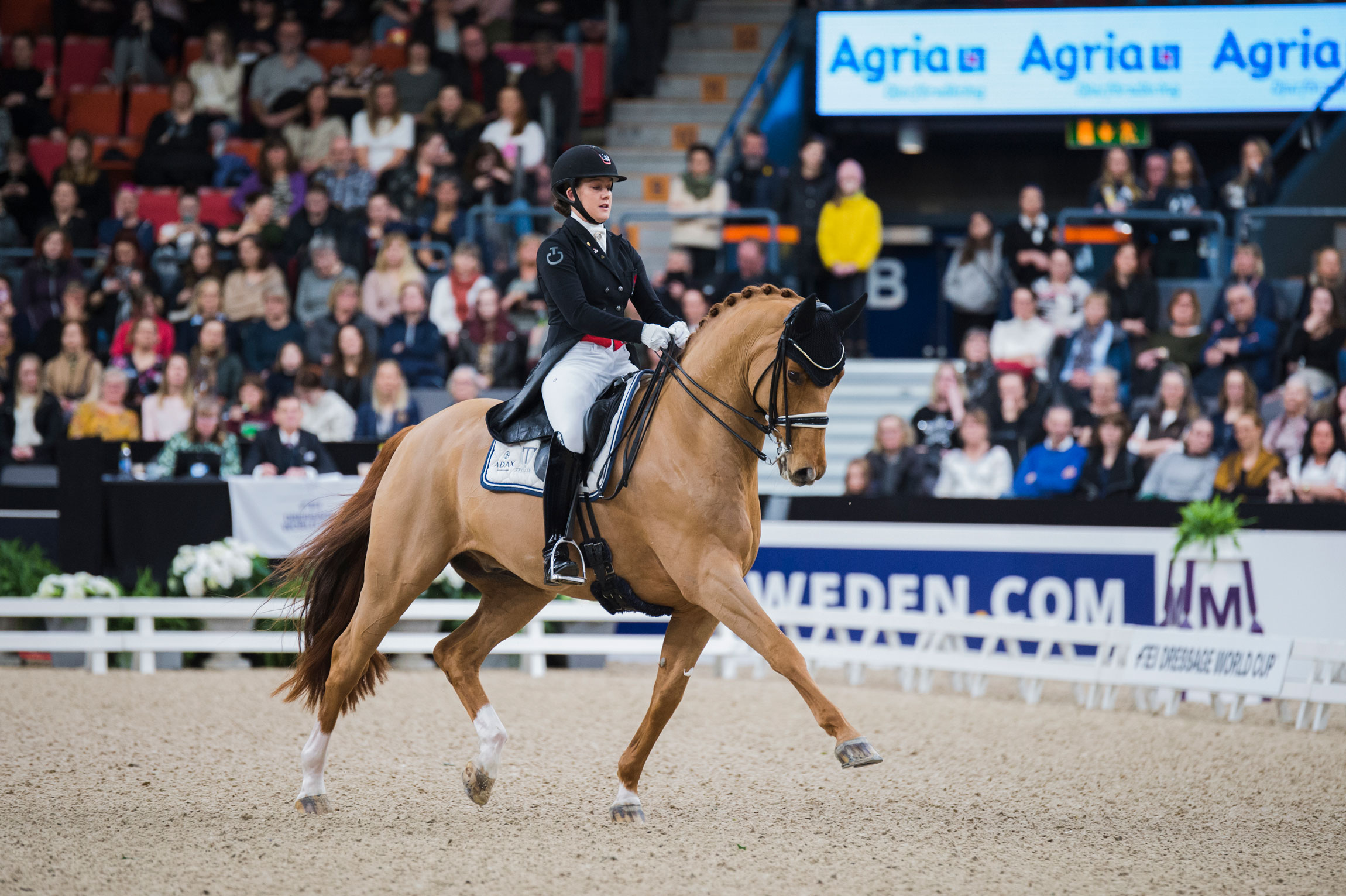 Marc Peter Spahn and his Friesian stallion Elias put together an exceptional test this early in the game with promising, active paces but had some problems keeping the rhythm and thoroughness in his tempi changes. Still, they went into the lead on just over 70%.

By the time the interim hit, we’d seen a truly international field of riders including competitors from France, South Africa, Sweden, The Netherlands, and Belgium to name but a few. Going into the second half, it was Nars Gottman and his young horse Figaro who led the pack with the top qualifiers still to go.

After the break was Paulinda Friburg aboard Di Lapponia T, who were competing for the final time – fittingly, in the same arena where they achieved their personal best five years ago. She left to rousing applause from the local crowd and went into the lead for a dream retirement ride. 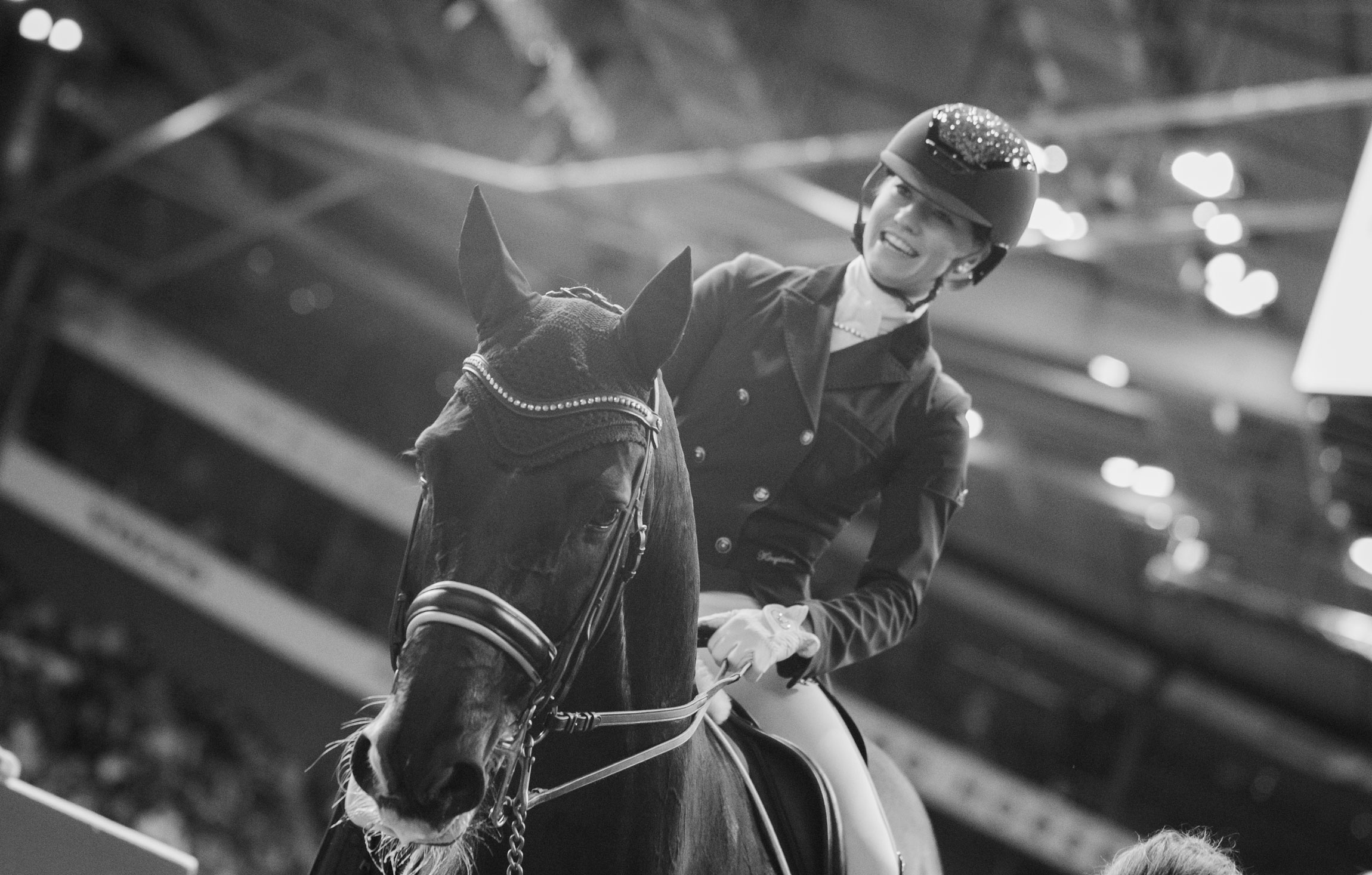 Charlotte Fry was the sole representative for Great Britain, and aboard Dark Legend. The 24-year-old rider and her gelding looked harmonious from start to finish and were rewarded for it with a score of 81%, putting them in a strong position to qualify for her first FEI Dressage World Cup™ Final with only three more riders left.

The Danish prodigy Cathrine Dufour was next on crowd favourite Atterupgaards Cassidy. Dufour’s stylish and soft riding is always a pleasure to watch and her horses certainly seem to respond well to it; Cassidy was active but rhythmical and completely relaxed, not putting a foot wrong. The pair floated to a personal best of 87.8%, making it look easy all the way through and shooting well clear of the pack.

Sandra Dahlin was next, competing in her first FEI Dressage World Cup™ qualifer aboard Ichi – who is the daughter of a mare that Dahlin won 15 years ago in a raffle at this very venue. Unfortunately, she couldn’t topple Dufour and settled happily into fourth place.

Last to go was Benjamin Werndl. His sister Jessica von Bredow-Werndl won the previous qualifier in Neumunster on her birthday with a personal best, and Benjamin was looking to keep the Werndl winning streak alive. Despite a personal best and an exceptional performance though, Werndl and Daily Mirror had to settle for second place on 86.1%. 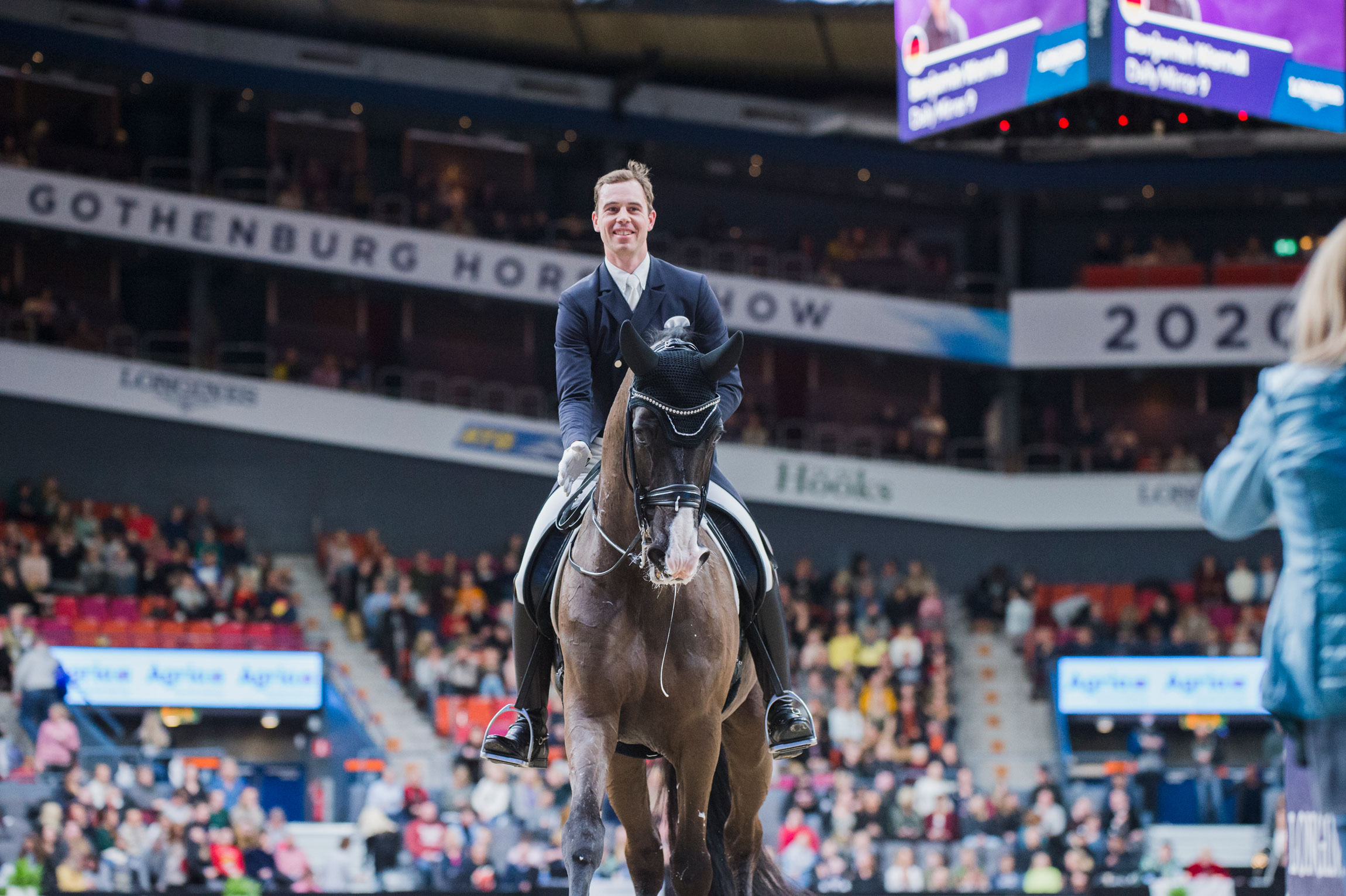 In third was Wandres and Duke of Britain, with Fry in fourth.

Third and fourth are fellow Germans Wandres and Helen Langehanenberg with Charlotte Dujardin hot behind them.

Gothenburg has its youth in focus

Gothenburg: a city which keeps going from smart to smarter

Gothenburg: no private parking spaces for a more sustainable lifestyle